So far, we have heard of the use of cannabis in the treatment of anxiety, sleeplessness, appetite issues, and so much more. The medicinal implications of cannabis are already quite numerous. Nevertheless, maybe as a way of living up to its reputation as a “miracle drug,” cannabis keeps surprising experts with more medicinal discoveries. Containing terpenes, cannabinoids, and other substances, it has proven that every component is useful. This time around, the plant has proven to be useful to those experiencing phantom limb pain. In recent times experts have discovered that those experiencing phantom limb pain had positive remarks to make after using cannabis.

Although it is very difficult to treat phantom pain, doctors are putting in their very best efforts. Patients are also trying their best to look for any available alternatives. So far, the most effective alternative to the treatment of phantom pain is the use of prescription marijuana. When you think about it is not so surprising. Recalling the fact that cannabis is used in the treatment of chronic pain, it is not so surprising that it could also be used in the alleviation of phantom pain.

Well, for those who are already conversant with how cannabis and cannabinoids work, it is not news that receptors are involved. Various cannabinoids bind to various receptors in the body to give various reactions. The cannabinoids act by stimulating endocannabinoids (their natural counterparts produced in the body). Ranging from receptors exclusively found in the brain to those found all over the body. The location of the receptors gives an inkling of the area or areas they might affect. Understanding what cannabinoid binds to what receptor and their reaction are vital. This way, you will know what cannabinoid to extract and be able to predict the outcome.

To this end, phantom pain could be classified under the aftermath of an injury, a very severe injury. Phantom pain, therefore, can have a very severe destabilizing effect on the endocannabinoid system. This destabilizing effect can be controlled or alleviated using cannabinoids. Cannabinoids can do this by interacting with the receptors to restore a sense of balance to the body. To this end, it is not baseless, when experts conclude that the use of cannabis can relieve symptoms of phantom pain.

This is not the first time a discovery of this kind is being made. In as early as 2007, a study was carried out to prove the discovered effect of cannabis on pain scientifically. The study later published that 30 percent of the pain patients were suffering was reduced after using cannabis under medical supervision for five days. So it is not without basis, that the recommendation to use cannabis for phantom pain was made. Moreover, cannabis was recommended over other drugs because of side effects. Other drugs can lead to quite severe side effects such as addiction.

Phantom pain is usually accompanied by some other symptoms such as chronic pain, depression, anxiety, and general unhappiness. We already know that cannabis interacts with the receptors in the body to alleviate chronic pain and provide much-needed relief to patients. Additionally, the anxiety and depression associated with loss of a limb can be just as disorienting (if not more) than the actual pain. Cannabis in controlled doses is also efficacious in the alleviation of the anxiety. There are various strains of cannabis available (containing various quantities of specific cannabinoids and terpenes) that are targeted mainly at alleviating anxiety and depression.

An extra symptom of phantom pain is irritation caused by itchy skin. This itchy sensation has the potential to be so severe that the mental health of the patient is affected. Cannabis also provides relief to this irritation. So, it could be said to be an ideal drug for phantom pain as it tackles both physical and mental symptoms.

The quickest way of alleviating symptoms of phantom pain using cannabis is by vaping or smoking. But not everyone is comfortable with these methods, so edibles are also available to suit the interest of such patients. Both smoking and use of edibles have their unique attributes. While smoking or vaping provide instant relief, edibles take time before displaying effect. This is because they need to pass through the digestive tracts. Nevertheless, edibles are better at displaying long term effects.

The use of tinctures by placing under the tongue or directly swallowing is highly efficient. This method similarly elicits a quick and positive response by the body.

Additionally, the use of cannabis oil is also an option and provides excellent results. It is useful in delivering high amounts of cannabinoids to your body.

But as I mentioned earlier, various strains are containing various major components. The cannabinoids and terpenes in cannabis vary greatly, and they all have unique characteristics. So, before deciding on using cannabis for your treatment of phantom pain, consult your physician. This way, he or she would be able to prescribe what particular strain would suit you more (based on your prevalent symptoms). A cannabis expert would also be able to do this (but still contact a physician to verify dose). Contacting a physician is vital to prevent unnecessary side effects. If the physician is also a cannabis expert, even better. The use of the wrong dose would only serve to complicate issues more by causing, respiratory problems, short term memory loss, uneasiness, and many more.

< Back to all Blogs 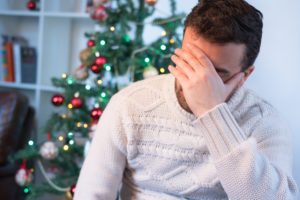 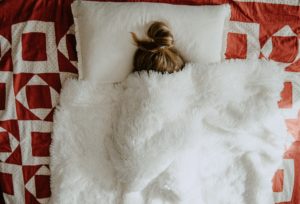 Can CBD Boost Your Immune System? 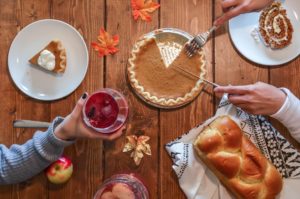 5 Tips for Talking CBD with Family this Thanksgiving

Disclaimer: The statements made regarding these products have not been evaluated by the Food and Drug Administration. The efficacy of these products has not been confirmed by FDA-approved research. These products are not intended to diagnose, treat, cure or prevent any disease. All information presented here is not meant as a substitute for or alternative to information from healthcare practitioners. Please consult your healthcare professional about potential interactions or other possible complications before using any product. The Federal Food, Drug, and Cosmetic Act require this notice.

Disclaimer: The statements made regarding these products have not been evaluated by the Food and Drug Administration. The efficacy of these products has not been confirmed by FDA-approved research. These products are not intended to diagnose, treat, cure or prevent any disease. All information presented here is not meant as a substitute for or alternative to information from healthcare practitioners. Please consult your healthcare professional about potential interactions or other possible complications before using any product. The Federal Food, Drug, and Cosmetic Act require this notice.

JOIN OUR EMAIL LIST:
We’ll send you the latest offers, news, and content straight to your inbox!
Copyright 2022 REMEDI | All Rights Reserved | Products on this site contain a value of .3% or less THC (or no more than .3% THC) Website By: symboliqmedia
View Cart Checkout Continue Shopping
×
×

Sign up and get a 20% discount code to use on your next purchase!